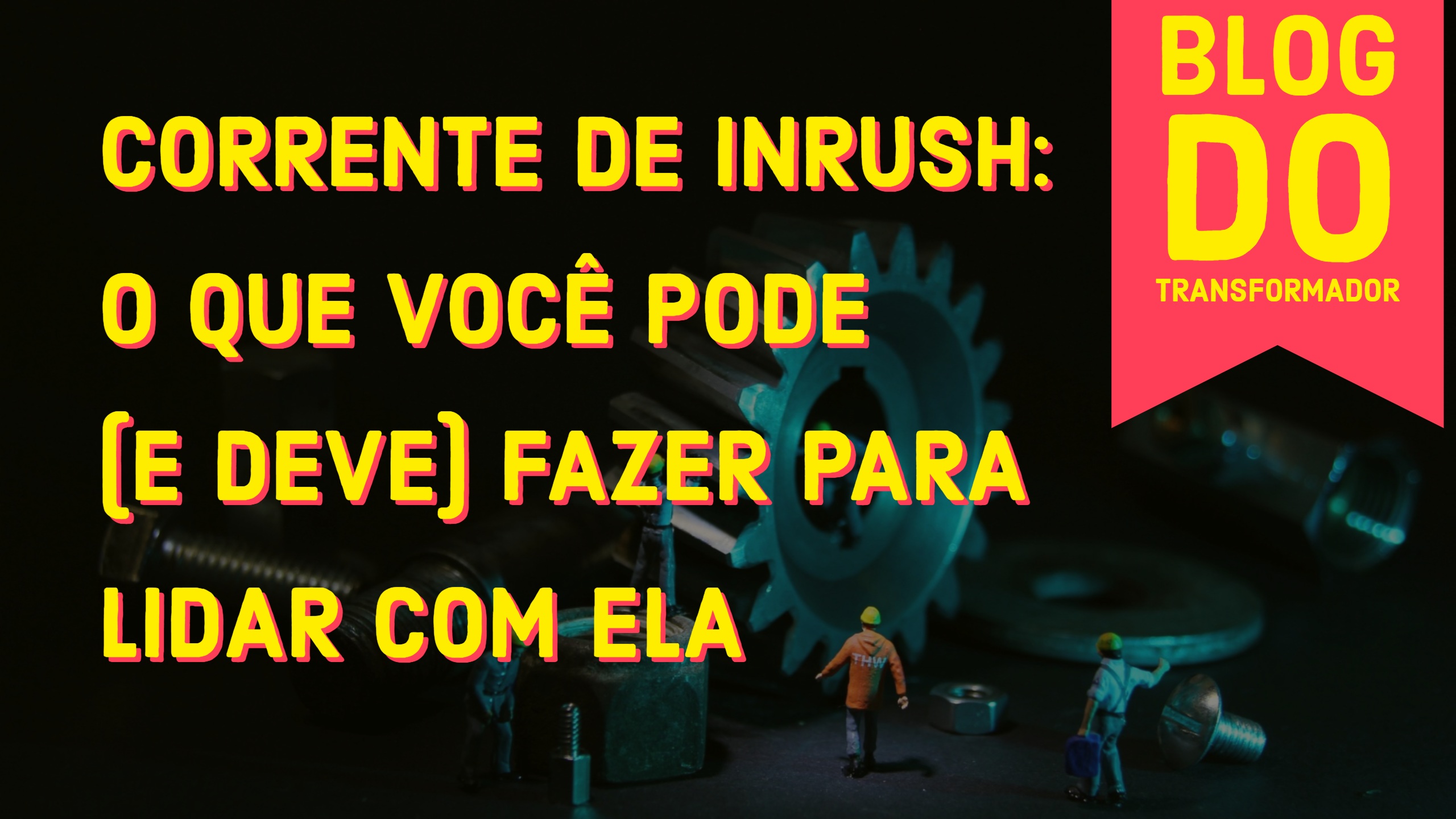 For many reasons, the complete elimination of Inrush current is almost impossible. Alternatively, living with a certain degree of Inrush has been the best way out. For this, the devices that allow a reduced manifestation of the Inrush current are invariably expensive and, therefore, used in very specific cases, in the energization of high power transformers and reactors.

For example, a device whose synchronism allows to energize each of the phases when the position of the sine wave of the voltage to be applied is at the positive peak. In this case, the uncertainty is due to the residual flow, which presents very unpredictable values, and may also have a different sign in each of the core columns.

In cases where a relatively higher degree of Inrush can be tolerated, there are negative sequence relays, microprocessed, which, by detecting the presence of the second current harmonic, distinguish the Inrush current from the short-circuit current. In any case and despite the still relatively high price of these solutions, the mechanical design of the transformer must still provide adequate supportability for a degree of effort that the internal elements will inevitably suffer.

Essentially, ways to reduce the intensity of the Inrush current can be based on two important elements.

The first is how the magnetic flux is established, in a winding containing ferromagnetic core, when fed by sinusoidal voltage. For this, two expressions are essential, which the first is more conceptual:

Which corresponds to the peak value of the magnetic flux, in operation, it is the maximum value of the operating induction and A is the value of the cross-sectional area of ​​the core.

The second expression is more deductive , having great importance in the projects of transformers:

This second expression shows us that the maximum value of the operation induction, will depend on the effective value of the applied voltage, in a directly proportional way, as well as on the value of the cross-sectional area of ​​the core, A , but inversely proportional. This, of course, considering that the frequency, f , and number of turns, N , are fixed, as in the vast majority of cases.

And the second element to consider is the magnetization , or saturation, curve of the steel used in the core design. This curve is often represented by induction versus the magnetic field , as shown, in a generic way in the graph in Figure 1, below.

Alternatively, the magnetization curve can be the form of induction versus losses in the core, for example, among others.

But, according to the graph in Figure 1, the most important thing to note is that the designer must choose a maximum induction value , for operation, according to expression (2), which will define an operating point on the curve.

For example, the point P 1 , relatively far from the magnetic saturation region of the core, represents the choice for a relatively low induction operational value, allowing an eventual combination of energization and residual fluxes to not achieve significant magnetic saturation and, therefore, the Inrush chain does not fire.

This expectation is not the same in the case of wanting to operate at point P 2 , already in the region of magnetic saturation and, therefore, much more susceptible to the occurrence of the Inrush current, when energizing. However, in the economic aspect, the roles are reversed. The point P 1 means a waste of steel material, due to its underutilization. On the other hand, the choice for point P 2 will represent a maximum use of this commodity. Anyway, another “short blanket” that “covers the head, but uncovers the feet”, as always Engineering dilema.

It is then up to the designer to choose where to operate, in the region between P 1 and P 2 , and this is not a fixed choice for all projects . It will depend on several factors, with the manufacturing company being the main one , able to guide the compromise between the cost of steel and the manifestation of Inrush. This is not to mention that the choice of a given induction value will imply other factors, such as variation in the value of empty losses, variation in the dispersion inductance value (against the radial distances associated with the core area) and also other factors, of equal importance, that often need to have their values ​​guaranteed. A challenge, without any doubt.

At this time, as an important tool for the designer, the use of a design solution appears as a “lifeline”, allowing the designer to simulate alternatives until reaching a more optimized design.

Nevertheless, it is important that the designer is sure that his data entered in the simulation is reliable. Therefore, it is important to be sure about the magnetization curve of the steel used. Variations in batches of steel coils can have undesirable consequences. Furthermore, it is important that the designer has full confidence in the manufacturing process of the transformer. Mainly, regarding the cutting processes, eventual annealing and assembly of the steel sheets of the magnetic circuit, including the storage of the material. Everything interferes so that the data entered in the simulations may not be the ones expected.

As can be seen in the image below, all the variants involved in the Inrush current calculation process, must be interacting with each other , in a way that the designer quickly has the result and can thus test different possibilities in the project until reaching the point ideal balance between cost and efficiency.

Finally, it is important mentioning that elimination of the Inrush can also be achieved by reducing the voltage applied at energization and then gradually increasing it until it reaches the nominal value.

But, invariably, there are no practical and economically viable ways to implement such methodologies.

Hence, devices used in motor starters, such as the star-delta switch, frequency inverter and softstarter, do not apply, however. This is because the voltage variation that the first two allow would be passed on to the loads connected on the secondary of the transformer , causing inconvenience due to possible equipment burns.

The softstarter , by pricking the voltage wave, as a working principle, would not only damage the loads but also bring extremely damaging voltage demands to the transformer windings.

Anyway, living with the Inrush chain has some particularities, it is up to the designer to test the different possibilities until he finds the best balance between cost and efficiency.